What is the difference between AWS SNS and AWS SQS? 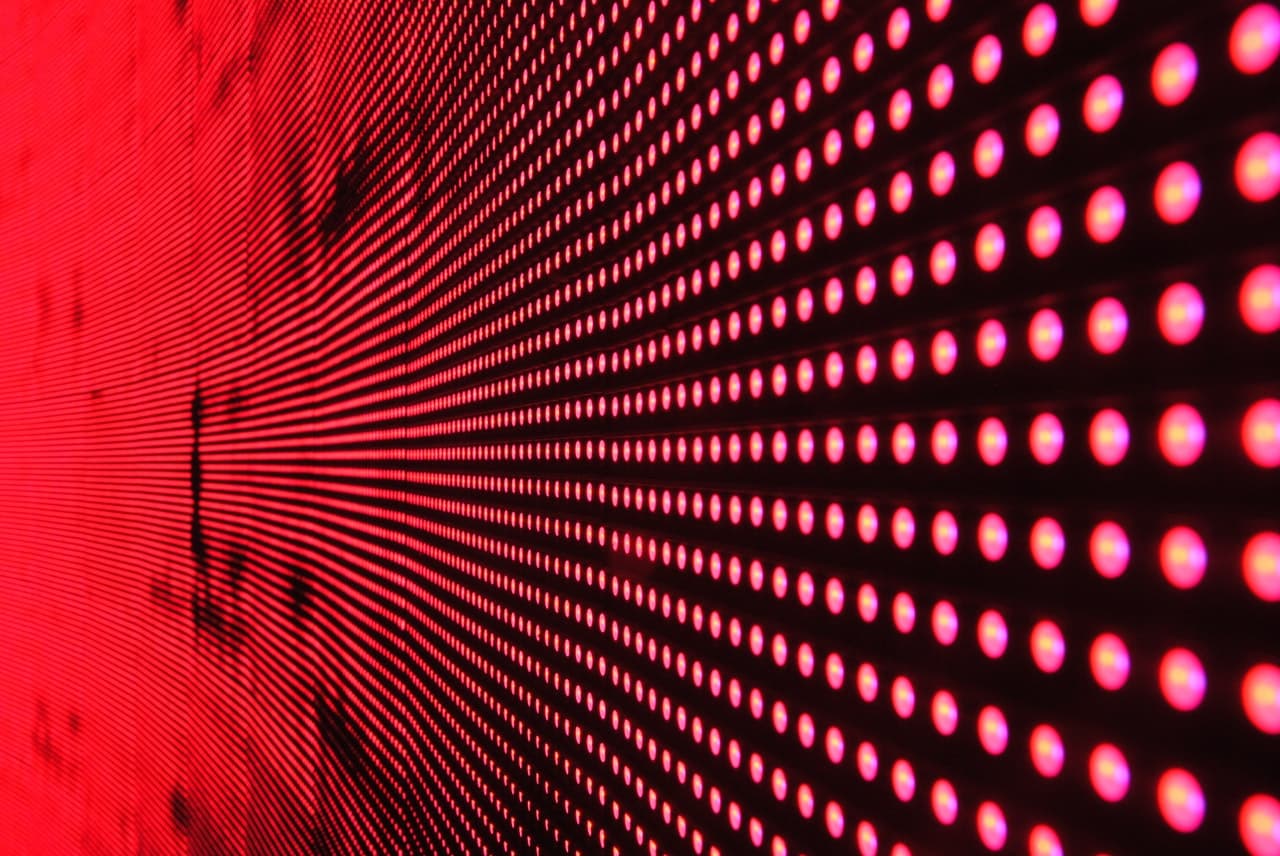 Amazon Simple Notification Service known as Amazon SNS is a distributed publish-subscribe system. Messages are pushed to subscribers as and when they are sent by publishers to SNS.

Amazon Simple Queue Service (SQS) also known as Amazon SQS is a distributed queuing system. Messages are NOT pushed to receivers. Receivers have to poll or pull messages from SQS. 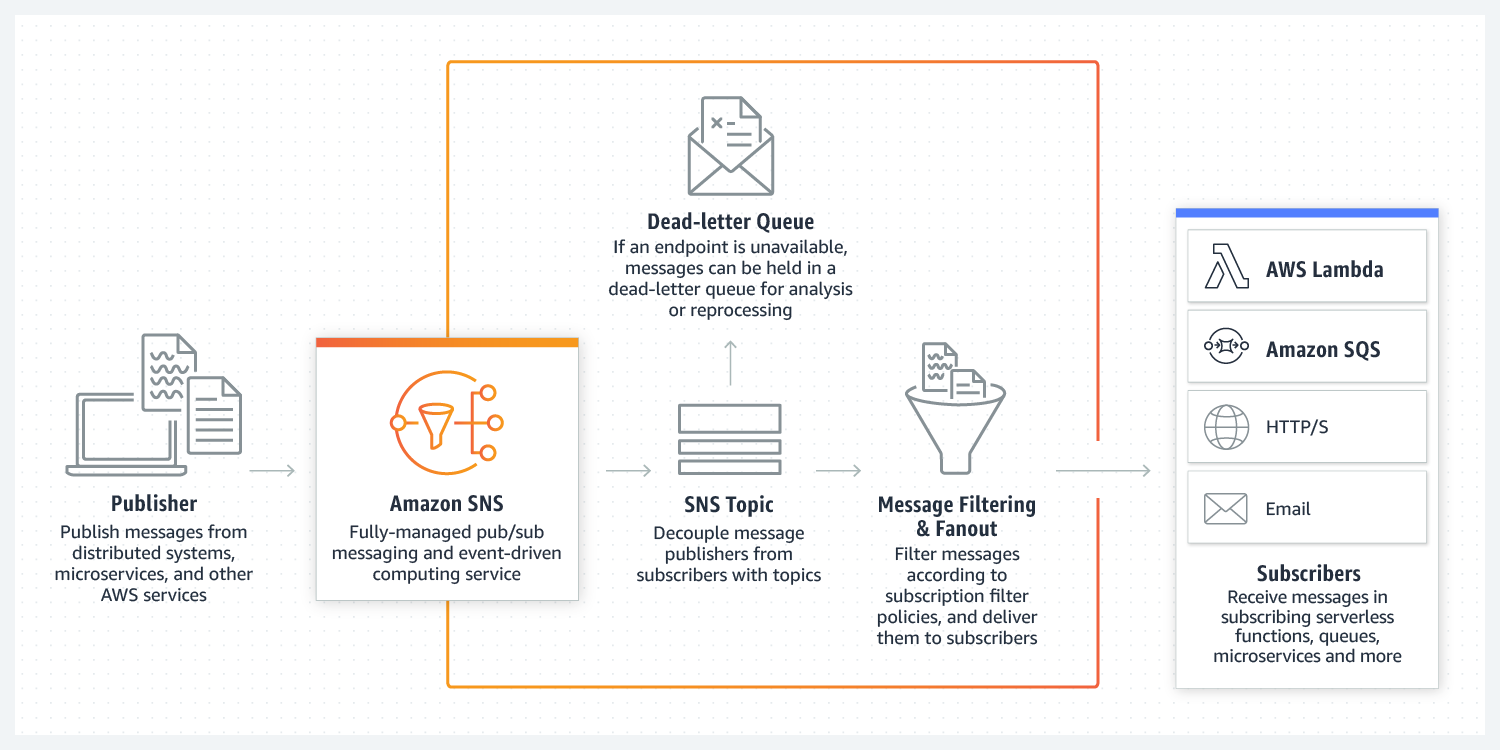 Amazon Simple Notification Service (Amazon SNS) is an easy, fast, and flexible that lets you send individual or bulk messages to large numbers of receivers from the cloud.

It offers developers a highly scalable, flexible, and cost-effective capability to publish messages from an application and immediately deliver them to subscribers or other applications. Amazon SNS follows the “publish-subscribe” (pub-sub) messaging paradigm, with notifications being delivered to clients using a “push” mechanism that eliminates the need to periodically check or “poll” for new information and updates.

Some example uses for Amazon SNS notifications are:

Amazon SQS is a distributed queuing system. Messages are not pushed to receivers. Messages can’t be received by multiple receivers at the same time. Anyone receiver can receive a message, process and delete it. Other receivers do not receive the same message later. Polling inherently introduces some latency in message delivery in SQS, unlike SNS where messages are immediately pushed to subscribers.

SQS offers two types of message queues. Standard queues offer maximum throughput, best-effort ordering, and at-least-once delivery. SQS FIFO queues are designed to guarantee that messages are processed exactly once, in the exact order that they are sent.

SQS is primarily used to decouple applications or integrate applications. Messages are stored in SQS for a shorter time (maximum 14 days). While SNS distributes several copies of messages to multiple subscribers. If you want to replicate data generated by an application to several storage systems, you could use SNS and send this data to multiple subscribers, each replicating the messages it receives to different storage systems.

SQS: Jobs framework. Where the Jobs are submitted to SQS and the consumers at the other end can process the jobs asynchronously. And if the job frequency increases then the number of consumers can be increased for parallel processing.

SNS: Image processing. If someone uploads an image to S3 then watermark that image, create a thumbnail and also send a ThankYou email. In that case, S3 can send a notification to SNS Topic and 3 consumers can be attached to SNS topic. 1st one watermarks the image, 2nd one creates a thumbnail and the 3rd one send a ThankYou email. All of them receiving the same message (image URL) and doing their corresponding processing in parallel.

Even though there’s some overlap in their use cases, both SQS and SNS have their own spotlight:
Use SNS if:

SNS and SQS can be used together for multiple reasons: 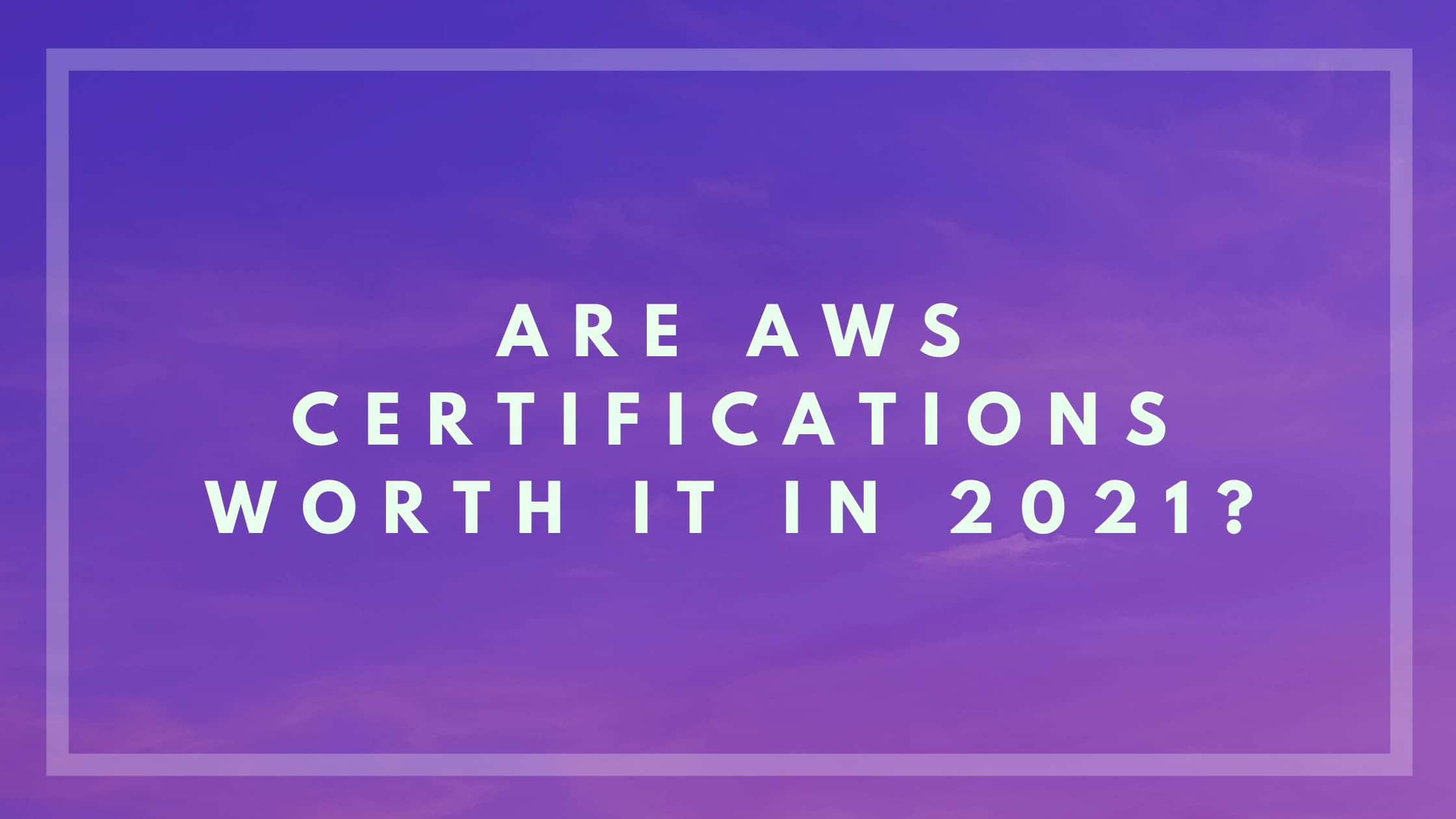 Are AWS Certifications Worth it in 2021? 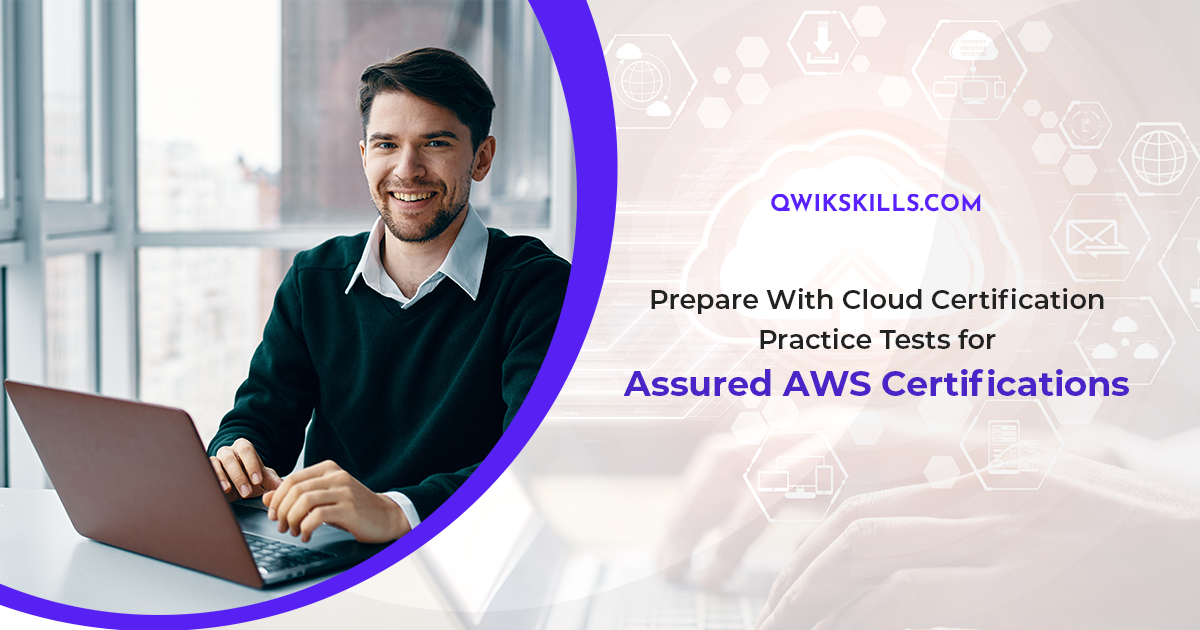 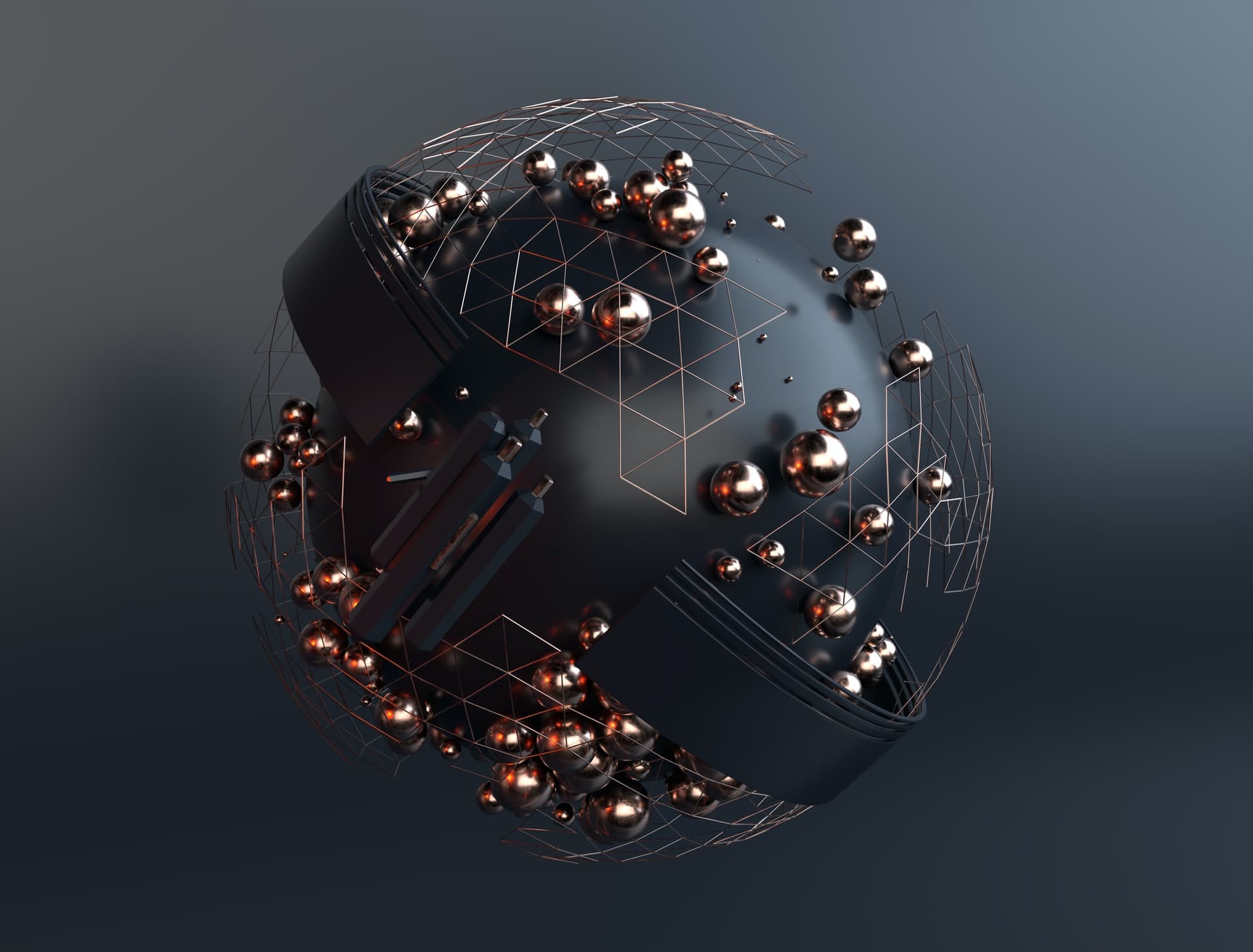 AWS Certifications: What to Expect & How...